‘Veil of dreaming’ is an expressive work from imagination.

Price includes all postage and packaging.

Only 1 left in stock 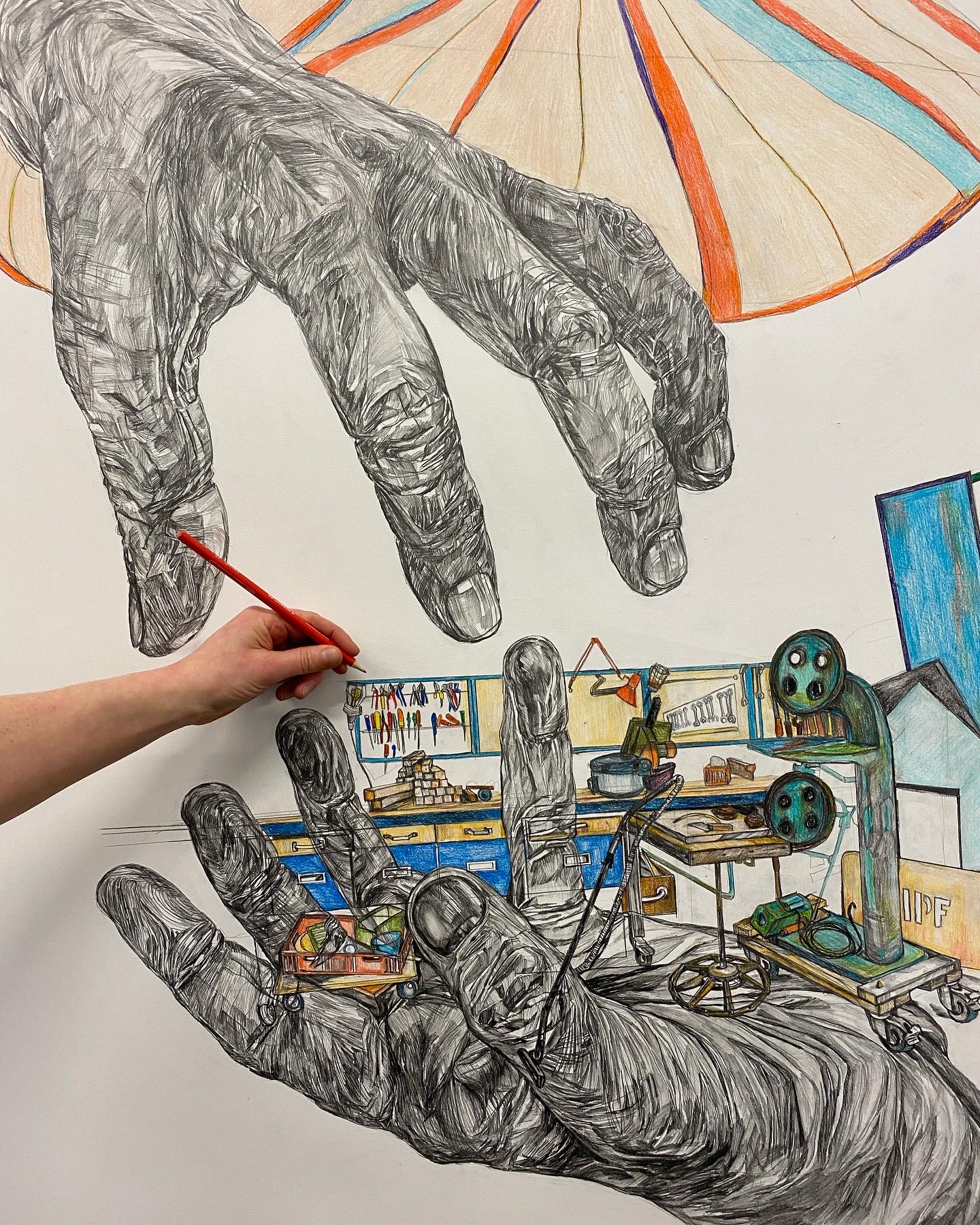 made by:
Iona Kewney

www.ionakewney.com
Iona is a Scottish artist based in Glasgow exhibiting and performing in Europe and beyond.
She is an award winning visual artist and internationally renowned dancer and choreographer.
Iona was born in Ayrshire and studied Fine Art Printmaking at Duncan of Jordanstone College of Art, Dundee (1991-1995) attaining 1st Class BA Hons. Then she went on to SNDO School for New Dance Development , Amsterdam (1996-1998) and later Cirkuspiloterna (renamed DOCH Dans och Cirkushögskolan) Stockholm (2003-2005).
She has been performing her solo works and choreographies internationally since 1998 and lived most of that time based abroad in Belgium, Sweden, Finland and Netherlands. Iona is a former dancer with two iconic Belgian companies Wim Vandekeybus /Ultima Vez (2000,2001,2002) and Alain Platel /Les Ballets C de la B (2005,2006,2007).
Her own Contemporary dance company 'Knights of the Invisible' was established in 2009 together with musician Joseph Quimby.  The duo perform worldwide.
View other products by Iona Kewney

Other works by Iona Kewney